1. Little Fish Eat Big Fish and The One Rupee Film Project got a whole paragraph in the BYOFF coverage of Sunday Midday. Thanks to Yoshita Sengupta. The Article can be read here or


just copy and paste this link in your browser


2. We were mentioned in the BYOFF coverage of Long Live Cinema (Home to the Indian Indie, as they call it). Thanks to Twish Mukherjee. Find out us on the 6th paragraph. Click here or
just copy and paste this link in your browser http://www.longlivecinema.com/notes-from-the-9th-bring-your-own-film-festival-puri/

3. Dear Cinema also mentioned us in their BYOFF coverage. Thanks to Twish Mukherjee again. See the 4th paragraph. Click here or just copy and paste this link in your browser
http://dearcinema.com/article/9th-bring-your-own-film-festival-the-difficult-cause-of-freedom/3013

4. Wahsington Bangla Radio posted an article about the project. Thanks to Mr. Supratim Sanyal and team. You can read the coverage here or just copy and paste this link in your browser http://www.washingtonbanglaradio.com/content/34281712-anamitra-roy-lauches-innovative-one-rupee-film-project

5. Thanks to Aswin Kumar for his interest and support. He asked me for an article on this project couple of days ago. It was published today on MAM (Mad About Moviez, a Mumbai based forum of film enthusiasts). Though it lacks the information and approach a bit as it was written in a hurry, you can read it here or just copy and paste this link in your browser http://madaboutmoviez.com/2012/03/03/the-one-rupee-film-project/#more-4858

6. We were waiting for the HT site to work properly. But now we feel that it is not going to work up to the mark ever. So, sharing whatever we got. Download to read. This was published on page 11, March 4, 2012. Thanks to Snigdhendu Bhattacharya 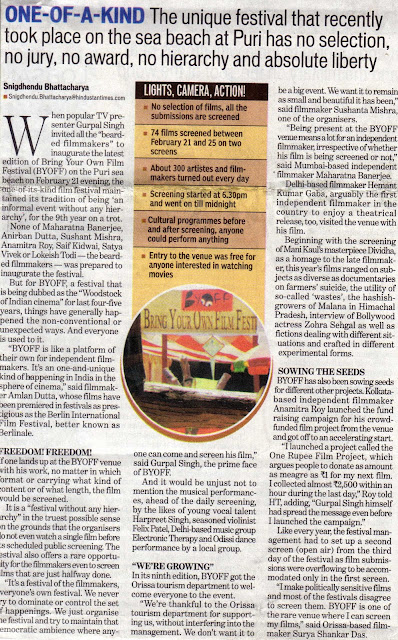 7. The One Rupee Film Project was mentioned in Dr. Ian McCormick's review of Memories... of a Dead Township (2012) by Anamitra Roy. To read the article click here or just copy and paste this link in your browser http://cmactivist.blogspot.co.uk/2012/03/beyond-cinemascope-and-technicolor.html

8. Anamitra Roy was interviewed by Dr. Ian McCormick. The One Rupee Film Project found mentions there. To read the article click here or just copy and paste this link in your browser http://cmactivist.blogspot.co.uk/2012/03/indias-answer-to-hollywood-and-no.html

9. Hindustan Times (Kolkata Edition) featured a story on the project. This was published on the Page 1 of HT City, 15th April, 2012

10. A brief about the project in Bengali. http://kothatobolarjonyei.blogspot.in/2012/04/one-rupee-film.html

11. Ginnetta Correli mentions the one rupee film on the FFGProject's official Blog. http://theforgottenfilmgallery.wordpress.com/2012/04/27/memories-of-a-dead-township-by-anamitra-roy/ 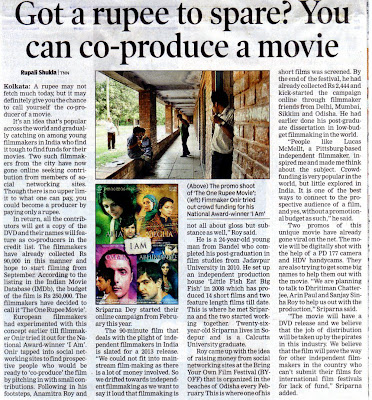 16. The LFEBF interview in the Odd Magazine: Discussion over the project: http://theoddinterviews.blogspot.in/2012/07/we-are-marginal-filmmakers-no-one.html

17. The Sunday Guardian writes an article on our project:http://www.sunday-guardian.com/young-restless/produce-a-film-with-just-re-1 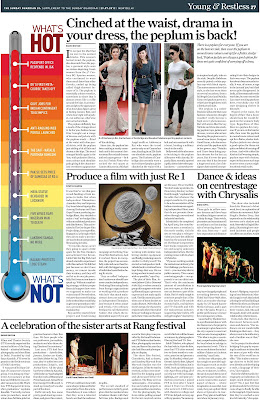 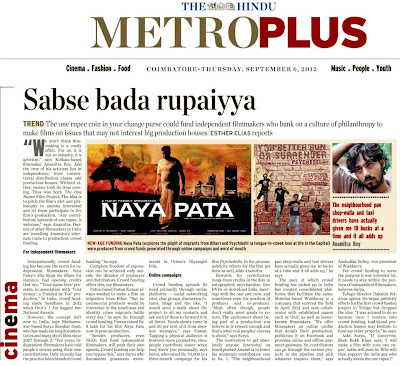 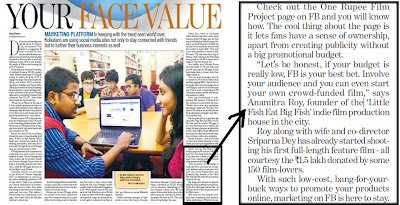 25. Hindustan Times (Page 2, Kolkata Edition), October 21, 2013 -- Our project was covered in an article on crowdfunding 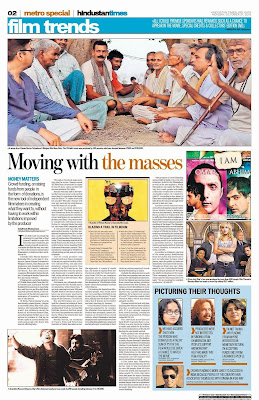 26. 27th October, 2013. Deccan Herald wrote an article on our initiative in the special features' section
http://www.deccanherald.com/content/365469/this-film-maker-makes-movies.html

27. Business Today features our effort in their article on crowd-funded regional movies (Published in the 2nd February, 2014 issue)
http://businesstoday.intoday.in/story/independent-regional-filmmakers-turn-to-crowdfunding-movies/1/202275.html